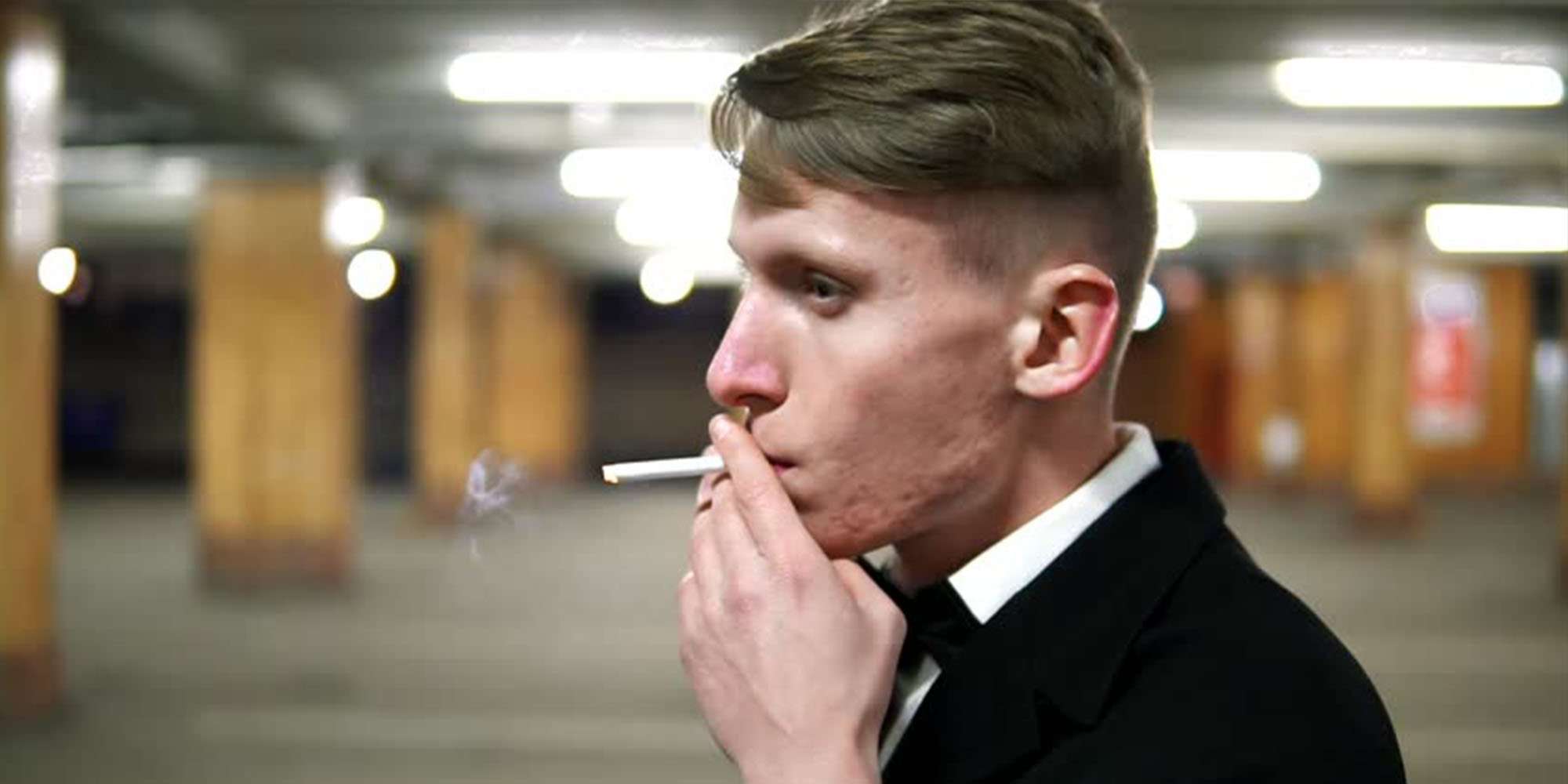 Smoking can be a fun social activity, I won’t lie to you. It helps cope with stress, nicotine helps your brain run a little faster, and nothing is better than the taste of some good tobacco.

However, it is terrible for you, and can cause many health issues in the long run. The smoke smells terrible when attached to your clothes, and it will make you all in all an unattractive man.

Before we begin, I want to put emphasis on the fact that this article is for cigarette smoking only. We feel that pipe smoking and cigar smoking are an okay habit, in moderation, as you don’t actually inhale the smoke from these forms of smoking. We must emphasize that cigar smoking and pipe smoking isn’t healthy by any means – but it is masculine, refined, and not near as gross as cigarettes are.

Smoking and the Man

You visit The Gentleman’s Playbook for one reason – to become a better man. Part of being a better man is to cut out the cigarettes as soon as possible. And if you haven’t smoked them before – don’t.

I was severely addicted to cigarettes for several years, smoking a pack a day from when I was 18 into my 20s. It took a lot of hard work and effort to get off of the nasties, but I was glad I did.

A few points that may encourage you to drop the cigarettes and take up a better habit:

Totally stretched that list out further than it had to be – but you get the point. You’re either here to be a more attractive man, increase your sophistication, control your lifestyle, be healthier, get more women, or all of those and more.

Quitting smoking can be difficult and frustrating – especially if you have a partner who smokes as well. We highly encourage you guys take the quit together, but if he or she isn’t willing to, don’t let it stop you.

When I decided to quit, I told myself that anytime I would have normally bought a pack of cigarettes, or anytime I wanted to buy a pack, I would stash $5 away into a savings account or micro-investment app like Stash.

Wanna know how much extra I saved in that first month alone? Over $200. Just by putting the same money I was spending on cigs into savings, and putting away $5 every time I had the urge to go buy a pack, that’s how much I saved.

Now, we know that saving money won’t get rid of the nicotine cravings – and I get that. I remedied this by getting a small e-cig for under $20 and getting some juice to go with it. I limited myself to its use for only when I would crave nicotine, and used it for only a span of 10 minutes every session I craved.

This helped curb the withdrawals big time. My previous cold turkey efforts never worked, but using a vape pen worked wonders for quitting. Don’t let the stigma of vaping being stupid keep you on the cigs, though.

Be proud that you no longer puff cancer sticks down your lungs, and know that you won’t be vaping forever, just to help the transition between nicotine and no nicotine.

It took me a few months to ween off of nicotine completely. I dropped the nicotine level in my vape down every month, starting at 24mg of nicotine (I recommend you start at 18mg or 16mg, and to NOT be one of those cloud chasers, that way you avoid getting too much nicotine), going to 18 the next month, 16 after that, 12 after that, 6 after that, 3 after that, and 0mg for a month or two.

At the point I quit, I had saved over $900, and also kicked the smoking habit! Double win.

When Your Friends Smoke

Social factors usually cause people to start smoking in the first place.

Most, if not all of my friends were smokers at the time I was smoking, so it made it very difficult to quit.

Fixing this issue is tough, and the only solution I found was some tough love on myself and keeping a diligent eye on my self-control.

There is no “do this if your friends smoke” that I can offer – just make yourself be disciplined, and every time your buddies go out for a square, tell yourself that by staying in you’re getting closer to that man you want to ultimately be.

Plus, you’ll be able to stay in the bar with the ladies while your friends go outside and miss out on the chase.

Staying away from cigarettes was my biggest challenge.

I moved over 4 times within a year, due to work opportunities, flooded apartments, and all kinds of other scenarios.

Each and every time I did – I picked up a pack of cigarettes (this was before I used vaping to ween off).

And every time, my cold turkey streak of a few months off would get broken, and I’d be smoking all over again.

The biggest reward I had for myself was to stash away that money every time I wanted a smoke.

I also replaced it with more healthy habits – instead of smoking, I’d have a cup of an exotic tea, or make myself a matcha latte. I also found drinking water when you crave helps fight it a ton!

One of my buddies was an avid gamer, and when he was quitting, anytime he had the urge to smoke, he would buy himself a little package in the video game he was playing. Another friend would write a poem every time, and eventually published his own poetry compendium.

A lot can be done when switching smoking with productivity – and all those times you crave and do something else instead, you end up with an amazing end result. Whether you’re now the best in your favorite video game, or have your own book out because of it – you did something you enjoy that wasn’t detrimental to your health.

*Disclaimer: The Gentleman’s Playbook does not condone video games as a means to replace one bad habit with another potentially bad one. This was just an example of our friend, who had fantastic self-control when it came to gaming. Video games can be addictive, and can really cut into your productivity and ability to be a wholesome man. More on that, later.

Earlier, we touched on some of the financial benefits. If you’re a pack a day smoker, and you spend about $5 a pack (I used to spend $7-$10 as I smoked American Spirits and Nat Shermans), you can save a lot of money.

Cutting out spending that $5 a day on a pack would save you $1,825 a year! And think if you saved it, or invested it.

You could put that money you saved into a Roth IRA account and get a head start on your retirement.

You could use that money to save up for something really nice, if you’re already pretty financially stable.

Needless to say, smoking is expensive, and cutting it out has great financial benefits.

So, you quit smoking.

You’re now more attractive. Women find you a better prospect (or men do, if that’s your orientation).

Because you quit, your lungs don’t want to burst open anytime you do a physical activity, so getting or staying in shape is a lot easier than before.

When you quit smoking, you’re on the right step towards the lifestyle of a sophisticated, well-rounded, healthy man, and who doesn’t want to be that?