Forget About Success for a Minute

Throw every idea you have about success as a man out of the window immediately. None of that matters.

Chances are, you’ve got this idea of success that’s making you miserable day in and day out – every moment you stop moving or stop working, you think you’re failing, and you feel your goals slipping from your grasp.

You may feel this sense of urgency to reach your goals so that you can be successful and not look back on your life in your later years with regret.

You don’t have time for social outings because you’re hustling or grinding. Sleep is harder to come by…time spent sleeping is time spent not achieving success.

You’ll have time to get in shape later. You can catch up with your lifelong friend once you’ve finished this project, once you’ve got this massive goal out of the way. They’ll always be there, right?

Now is the time for you to completely forget about whatever ideas you have about success, because chances are, they’re not even your own ideas. You may likely be framing success in life within someone else’s criteria rather than your own.

Why does success look the way it does to you at this very moment? Is it success because other people will look at you and think, “Woah, he’s a successful man!” If so, it’s time to sit down, go to the drawing board, and define your own success as a man.

How to Define Success for Yourself

Creating your own definition of success is the “secret” to living a meaningful and full life as a man.

If you want to learn how to become a successful man, the answer quite literally lies within you. Other people’s definitions of success don’t matter! Erase those definitions from your mental whiteboard.

Take time to self-reflect and think about what things excite you and what things constitute success in your eyes. Write these thoughts down if you need to.

Your first step when learning how to define what makes you a successful man is to have a complete perspective shift; if your thoughts are on how other people will view you or you derive your definition of success from what other people think of you and your life, you may never truly live a happy and successful life.

Everything you do will be driven by vanity and a life centered around vanity leaves you empty and craving more.

If you’re scared of living an unsuccessful life, nothing can take you there quicker than living a life based on someone else’s definition of success.

Figure out how to define success for yourself by reflecting on what moments in your life have made you feel fulfilled, excited, enriched, or proud. Write these down. You may see a common thread, you may not. Either way, use this information to start crafting your own definition of success.

Create Your Own Success

A man’s success is subjective and varies from person to person. One man’s success may be getting married, having a three-bedroom home and two kids, and being the CEO of a company.

Another man may gauge success as living in a tiny home, writing poetry, and living alone for the rest of his life.

Neither of these are right or wrong when it comes to defining success for men. There are no rules to success for men, either. A successful man creates his own success. So, start figuring out what your version of success looks like.

Start small – nothing can destroy your spirit and motivation quicker than setting elaborate goals you can’t reach. It can be as basic as you want it to be.

For example, when I started learning to define and create my own success (and it’s still a work in progress), I started with setting a goal to make my bed every morning. That was the first step. That’s all I focused on and worried about day to day until it became an ingrained habit. After that, I added another small thing – breakfast. Then I added meal planning. Then exercise a couple times of week. After that, cleaning the kitchen. You get the idea.

I created a vision of what I wanted my life to look like and slowly started taking minor steps to make these things happen; over time these efforts add up and your life becomes more fulfilling. You get incrementally closer to your larger goals.

When you create your own version of success, stress starts to melt away because you’re working on what you feel defines success in your life, rather than what someone else views as success.

It’s cliché, but if you love yourself and be fair to yourself, stress over becoming a successful man will melt away. And when it does, it is the most liberating thing you can experience.

Common Questions on How to Become of a Successful Man

Are there rules to live by for a happy life?

There aren’t necessarily rules to live by for a happy life; having a happy life lies within. Being able to forgive yourself and learning to be satisfied with what is and what isn’t is the only “rule” you really need to live a happy life.

What makes you successful?

What makes myself or any other man successful is the ability to set our own definitions of success and be at peace with those definitions. After reading this, I ask you the same question: what makes you successful?

What makes a man successful in life?

Now You Know How to Become a Successful Man

Becoming a successful man hinges almost solely on acceptance of who you are and the ability to let go of what other people think success is and focus on what your own definition of success as a man is. The process toward becoming a successful man is to let go of others’ views of success, then define your own success, and once you’ve defined success, begin to create that success in your daily actions and routine. 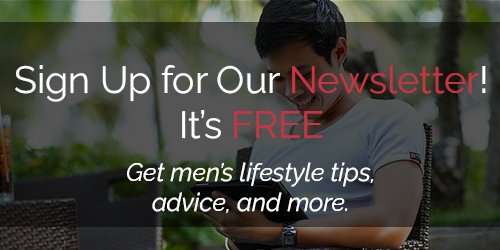